The Practical Guide to Buying a New Camera 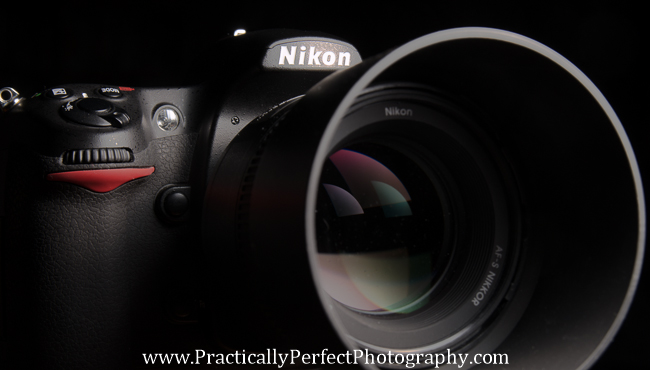 I want to save you a ton of money on camera equipment. Most blogs make their money through affiliate programs with major equipment vendors. They're better off when you buy more expensive equipment using their links. This blog also uses affiliate links, so what's the difference?  I'd like to think it's honesty, some might even call it stupidity. Either way, I want you to buy the least expensive equipment possible.

If you're just getting started and want to get the most for your money then let me explain why I don't want you to spend a lot.

If you don't care about why, or are buying for someone else, then skip down to my recommendations.

Why You Shouldn't Spend Too Much

What do you really need?

A camera with ability for manual control and interchangeable lenses.  That's pretty much every DSLR on the market today.  Buy less camera and more accessories.

Here are some important things that you might not realize you need:

Below you'll find my equipment recommendations, starting with buying advice.  Buying a camera is almost as complex as using one, so I've put all the advice I've learned about buying cameras over the last 10 years.  If you've never purchased an expensive camera online this is a MUST read.  Even if you have, you can still learn to keep safe and save money.

The first and most important advice is that when you're looking to buy camera equipment that you buy safe.  There are way too many people trying to rip you off.  Please, only shop at reputable web sites and reputable stores.  If you see a deal at an unknown site that costs less than what you see at the reputable ones, it's probably a scam.  Camera companies like Canon and Nikon have explicit contracts with their retailers.  These contracts specify that the retailer MUST sell at the price dictated by the manufacturer.  That is why there are frequently packages that include extras or 2% back in store credit - to provide incentives without dropping the price of the camera.
Disreputable sites will pull a common scam where after you purchase online, they will call you up and explain something is wrong with what you bought or with your credit card.  It could be that the camera you bought is the "international" version and isn't compatible with U.S. lenses, or doesn't include some critical component like a battery.  Sometimes the item they said was in stock is suddenly out of stock, so they have your money while you wait.  Other times they can't ship the item quickly unless you "upgrade" your shipping.  They might try to tell you what you picked isn't very good and try to upsell you to a more expensive item.  All lies.  The bottom line is that you will not get the item you wanted and pay anything less than you would at the major retailers.  You will probably pay more, if they even ship you anything at all!
Safe sites include: Amazon.com, Adorama.com, and BHPhotoVideo.com.  Major retailers are a safe bet such as BestBuy.com, WalMart.com, and Target.com.  Major retailers typically don't offer better prices or faster shipping than the online sellers.  If you think in-store pick up is fast, try it then get back to me.  I prefer to go about my daily life for two days than go through the inconvenience of attempting an in-store pick up.

This great story from SLR Lounge explains camera sales scams in great detail.   It's actually a fascinating read and I highly suggest it.

Sometimes you might find a camera packaged with extras.  Extras like camera bags, tripods, memory cards, batteries, and lens "attachments".  Avoid these unless they are the exact same price as the base model.  They are packed with cheap junk that will work poorly, fail, or break.  Cheap stuff just brings frustration, I've had more than enough experience with that.  Even if they are the same price, you probably don't want to keep all that extra junk around.

Beware, there are many packages with "non-VR" versions of lenses.  Just say "no".  "VR" is Vibration Reduction (also known as "IS" or Image Stabilization and sometimes other names), and it really works.  You can see the effects in the viewfinder as you hold the camera.  With it on, as your hands shake or move, you'll see the image slowly drift around.  Turn it off and the image jumps around unpredictably.  VR helps eliminate camera shake and is great, especially for longer lenses.  Unless you have a great Tripod and are always going to be shooting on a tripod, then just skip it.  Go for the VR version.  This is one of those things you shouldn't skimp on until you're looking to buy very expensive telephoto lenses and the difference cost comes down to thousands of dollars, not tens of dollars.  Just buy the VR version.

I've never come across a warranty that was worthwhile.  They're not really warranties, they're insurance policies.  To get them you have to submit a claim, which can be denied.  You often have to pay a deductible on top of the cost of the warranty.  They don't cover all possible situations.  Frequently you have to pay to ship your item far away where it will remain for a long time and pay to have it shipped back.  They also expire.  By the time you're done you could have paid for the repair out of pocket yourself.
There's a reason they're sold, it's because they are profitable.  They are more likely to profit off of you than you are to damage your item beyond repair.  Statistically you're better off self insuring.  For every item you could buy an extended warranty, simply put that money in a safe place instead.  Chances are you'll be able to buy a brand new version of the one thing that breaks and still have money left over.  Check out Consumer Reports for more details.

Gray market products are products that are imported into a country outside of the normal manufacturers shipping practices.  Usually these are products bought at a discount due to currency value differences and imported by 3rd party sellers.  Sometimes they are just dumped into a country by the manufacturer who can't sell them anywhere else.  The product is new and there is nothing different about the camera or lens, they're all made in the same factory.  The problem with gray market is that there is no warranty and you won't be able to get the product repaired by the manufacturer, possibly ever after your return policy expires.  I would not recommend this, you're probably better of buying used.  You're really gambling if you buy gray market.

Refurbished goods are those that were returned to the manufacturer as damaged and then repaired.  Most refurbished items come with a very small warranty period, typically only 90 days.  If a manufacturer is not willing to stand behind their own repair for more than 90 days, then it seems pretty likely that it's going to break again.  Avoid refurbished as well, even if it costs less.


Buy From My Links

If you found this info useful.  If I've saved you money.  If I've done anything positive for you, then you can simply purchase anything, including a new camera, by using any of the below Amazon links.  It costs you nothing, and Amazon will give me some credit.  It's win-win.

Here is what you've been waiting for, the actual recommendations. My recommendations are mostly Nikon-centric because they currently have more models available to purchase new.  I'm also more familiar with Nikon because I've owned multiple models and shot even more.  I have nothing against Canon at all and recommend them if that is your preference, but there is only one well-priced model available. I currently have no recommendations for Sony.  Please be sure to use my Amazon links when buying, it really doesn't cost you anything and helps me to create more articles and help you more.

Though there may be a "newer model available" and this one is technically "Discontinued by Manufacturer", I'll say that the images that can be made from it are going to convince you that you don't need to worry about either.  There are two people who should buy this camera, someone who just wants a great fast camera and doesn't want to spend much, or someone who wants to be able to buy more lenses.  Right now at $354.00 it's a steal!  There's almost nothing you get by spending more on a camera, unless you are looking at a multi-lens bundle.  This one includes the excellent 18-55 VR lens, which I have used extensively for years.  This isn't one of those "super zooms", but it is a sweet spot for focal length.  You'll be able to get both wide angle and nice tight portrait

There is also package that includes the 55-200mm VR lens.  I have also used this lens for years and it's very good.  A telephoto lens is the second that you should buy.  If you have the budget, it's worthwhile to save some money and buy it with the kit (you save about $100).  If you buy the lens separately later, you'll pay more than the two-lens kit costs. Double check to make sure you're not buying the NON-VR version. Always go with VR!

I don't shoot Canon cameras, but there's absolutely nothing wrong with them.  They don't do anything better or worse than Nikon.  If you prefer Canon for any reason, then go for the T5.  Remember, you don't need any of the fancy bells and whistles that are offered in the higher models.  All I ever want when I pick up a different camera is to have full manual control, and this one, like all DSLR cameras, offers that.

You can also get this one in a kit with a 55-250 lens, which also makes a great telephoto option.

The D5xxx series offers one thing that can't be found on the D3xxx series, a swivel LCD.  The D5200 is the first in the D5xx line that also includes a 39 point AF system.  For only $409.49, it might be worth the extra cost over the D3100.  You really have to decide your needs, that is $59 you can't put towards another lens.

Another in the series of D3xxx cameras.  Currently this costs more than the even newer D3300, so skip it unless the price drops.

Latest and greatest of the D3xxx series.  Also $100 more expensive than the D3100.  You get more megapixels than the D3100, but you're not really going to notice that unless you're printing 2' x 3' or bigger.  I would rather have a D3100 and $100 towards another lens than a few extra megapixels.  If you're still sold on the D3300, then take a look at the current available packages.
With just 18-55mm:

Like the D5200 it has a swivel LCD and the same number of AF points.  There's nothing here that's really any better than the D5200, and right now it's about $250 more.  There's nothing wrong with this camera, but if you're going to spend $700 on a new camera, I think you'd be better off getting a less expensive model plus a couple of extra lenses (55-200VR and maybe the 35mm f/1.8 which you could have both if you pick up the D3100).

Let me know in the comments if you have any different recommendations.  Maybe you bought a different camera and love it.  Maybe I'm really missing out on something affordable from Sony.  Let me know if anything is out of stock or got even less expensive.