Can A Smartphone Replace A Dedicated Camera? 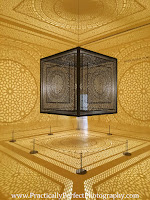 I think this question comes up a lot, and the answer isn't the same for everyone.  In fact the answer for a lot of people has shaken up the entire camera industry and flung its future into uncertainty.

What about for those who are more serious about photography?  I'm definitely one of those people so here's what I've experienced...

It's been 10 months since I started using the iPhone as a camera. Last spring I spent two days traveling with the family and no other digital camera except my iPhone (I was also shooting two vintage film cameras just for fun). It was at that point that I could say with certainty whether a smartphone could really replace a dedicated camera (for those who would actually use a dedicated camera).

Last November I ordered my first smartphone. I had decided to finally give in and get a smart phone for many reasons.  I decided on the iPhone 6s, and mostly because it had a better camera than the 6. I figured out of all people I would be able to use it to its maximum potential.

Here I am 8 months later and have mixed feelings.

That sounds pretty good, but is it enough?

My decision was easy, for the remainder of the week I carried my DSLR and even forgot to use my phone as a camera. I can set it once – aperture, white balance, ISO and it stays that way. It's always on, drains virtually no battery and wakes up instantly. It's rugged, and always on my shoulder when we're out on adventures. Even though it's almost 10 years old, the image quality in any light is far superior to any smartphone. Sure it's heavy, bulky, and takes much longer to get pictures out to share, but I still find the benefits worth the extra effort. Actually I've been cheating lately and simply been taking a picture of the back of my LCD.  If it's just for sharing, who really cares?

I will still use my cell phone for convenience, or just sharing a moment where quality doesn't matter, or when I just can't carry another camera.

Please don't misinterpret my opinion, the iPhone 6s is an awesome phone.  The display is beautiful and the processor is fast.  It's great having Siri to add appointments and reminders (my favorite thing).  I'm very happy with my phone, I'm just not going to use it as a dedicated camera.

I would hope to see the following improvements in smartphone photography:

Smartphones are capable of taking great pictures.  I took all these on my iPhone 6s (and toned most using Snapseed).

Smartphones will get better, and the DSLR’s days are numbered. The future is multi-lens multi-sensor cameras. Cameras that can collect multiple levels of information: focus/depth of field, noise, focal length and then use software to process the information into a single image that is both higher quality and far more flexible than a single sensor single lens solution. It's already begun. But I am guessing that they won't be ready for semi-serious use until about 10 more years (or be worth the cost). Until then I will stick with cameras that offer a single interchangeable lens option.

What do you think, have you traded your camera for a smartphone? Are you sticking with a camera (point and shoot, SLR, or mirrorless)? Why? Let me know in the comments.
Posted by Shawn at 1:39 PM